What kind of underwear are you wearing right now? What does it feel like? Underwear is the one piece of clothing that is consistently switched for a clean one on the daily (I do hope). As for the underwear model, I mostly go for a pair that is squeezed in between my buttocks or butt cheeks. That means there is not too much fabric to run up my bum; it is already in there. In the back of my drawers you can find a selection of pairs that I rather not wear. That is because they do run up, have itchy stitching, are too big or too small. When those pairs come in sight, laundry day is around the corner. Generally, my underclothing of choice is the thong. Or string. Or G-string. Because the English language alone cannot make up their mind on how to call it. So, let’s talk knickers today. I will take you through my journey of confusion.

Let’s get something straight first. Men’s underwear is just as confusing as women’s underwear. In both cases for me there is the straightforward classification of underwear that embraces your bum or that goes between your butt. A quick check at a website for men’s underwear threw the following terms at me: boxer, trunk, brief and jogger. Regardless of the exact model, all of these styles cover the butt. Some a bit more than others, some a bit tighter than others (loose or tight boxers for example), some with a longer leg than others. What a jogger is still startles me. H&M seems to think it is sweatpants, but the internet generally disagrees. Then there are also the in-between-your-ass kind of models. These are often described as jockstrap, jock, thong and string. As a non-penis having person, again I was not sure what the difference was. Your local online search engine doesn’t seem to know either. What I did learn was that these models can potentially be quite nice for sports or exercise. No running up of legs or fabric, because there is simply less fabric that can run up anyway. Seems logical.

When we look at women’s underwear, more explanation can be found about models. Unfortunately, that doesn’t always make things more clear. So, the terms that can be encountered in this field are; brief, bikini, boxer, thong, string, G-string, V-string, hipster, cheeky, brazilian, tanga and high-waisted… to get started. High waisted also seems to be called control briefs or full-cut briefs. It seems that for women there are also between your bum options and around your butt options. The difference with male underwear is that there are also in between options as tanga and brazillian. At first, I had no idea what on Earth tanga and brazilian pairs of underwear were. As it turns out, they are quite similar. Victoria’s Secret sells brazilians that look like they are not fully squeezed between your butt. They do not cover your whole ass, while at the same time still having quite a narrow waist band. A tanga seems to have a narrow waist band as well and also some sort of a triangles shaped piece of fabric over your bum. Where the brazilian gradually gets its shape, the tanga is more rigid in its triangular shape.

As for in-between your butt models, thongs and all types of names for strings are used interchangeably. A string could refer to just that, a very thin string of fabric between your buttocks. Not more not less. The term V-string seems to refer to just that. A thong generally has more fabric between your bum, but that can also be described as string or G-string. I have heard it is a geographical thing, but who knows? Briefs are generally the classic type of underwear that goes around your ass. Boxers tend to have a bit more leg and are sometimes called boy shorts. If there are no legs, your bum is not embraced and the band around your waist is a bit wider then it is often a hipster. A bit less bum coverage and it is a cheeky. Does the word cheeky not confuse you yet? Take a look at urban dictionary to learn that cheeky in Australia is a flirtatious thing and in the UK it can be stupid, disrespectful and sly. More generational stuff.

To make it more “fun”, combinations are possible. Men’s underwear combinations are mostly restricted to boxer briefs and boxer shorts. With women however, there are brazilian strings, high-waisted thongs, boxer briefs and cheeky hipsters or hipster cheekies. This all becomes especially fun if you look at websites that display multiple brands and you are looking for something specific. So, to create some overview in the chaos, I made a little overview below. Mind you, this is not something that is generally used. It seems as though all brands give their own spin to it. Maybe that is a geographical thing as well. Or who knows, names for underwear might be just as diverse as the people spread out across the globe. In the end, the most important thing is that they are comfortable. And are they? 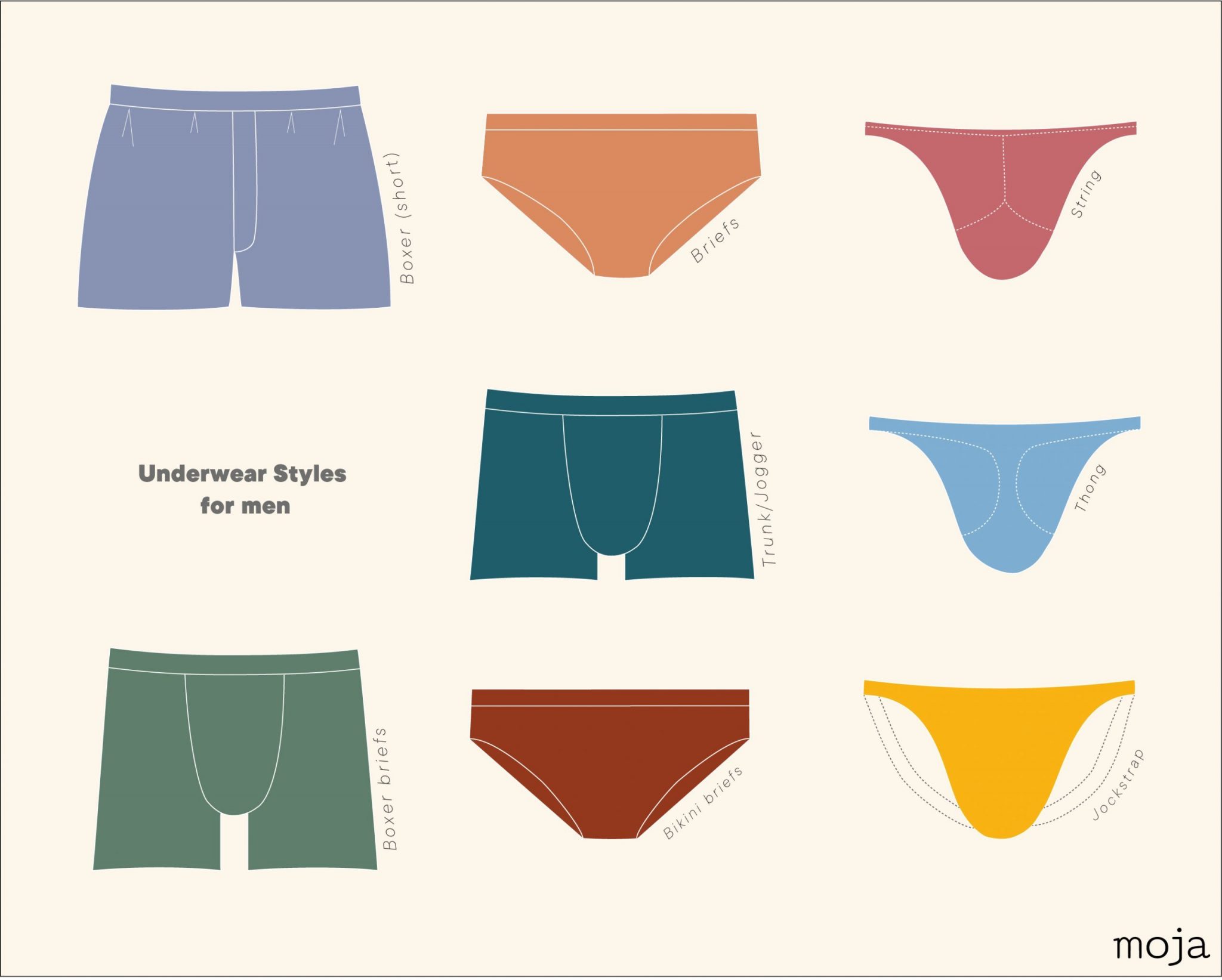 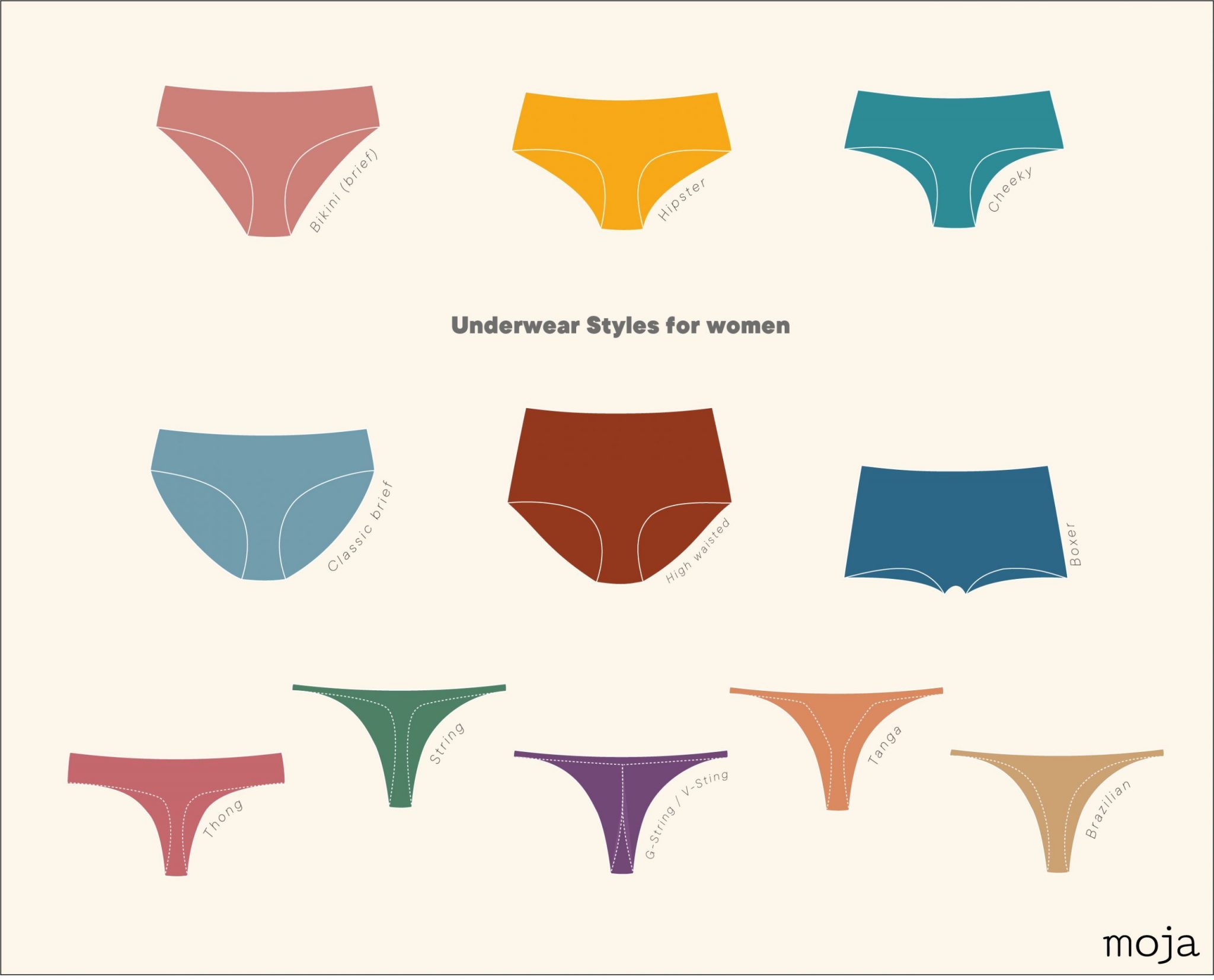 We use cookies to ensure that we give you the best experience on our website. If you continue to use this site we will assume that you agree with this.OkPrivacy policy